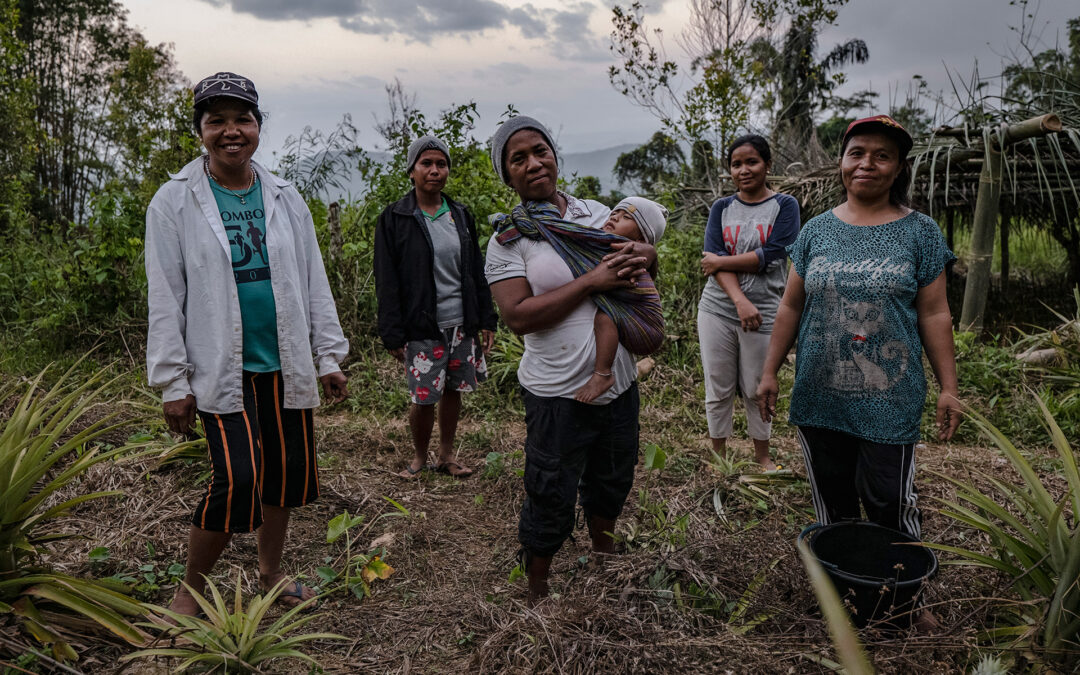 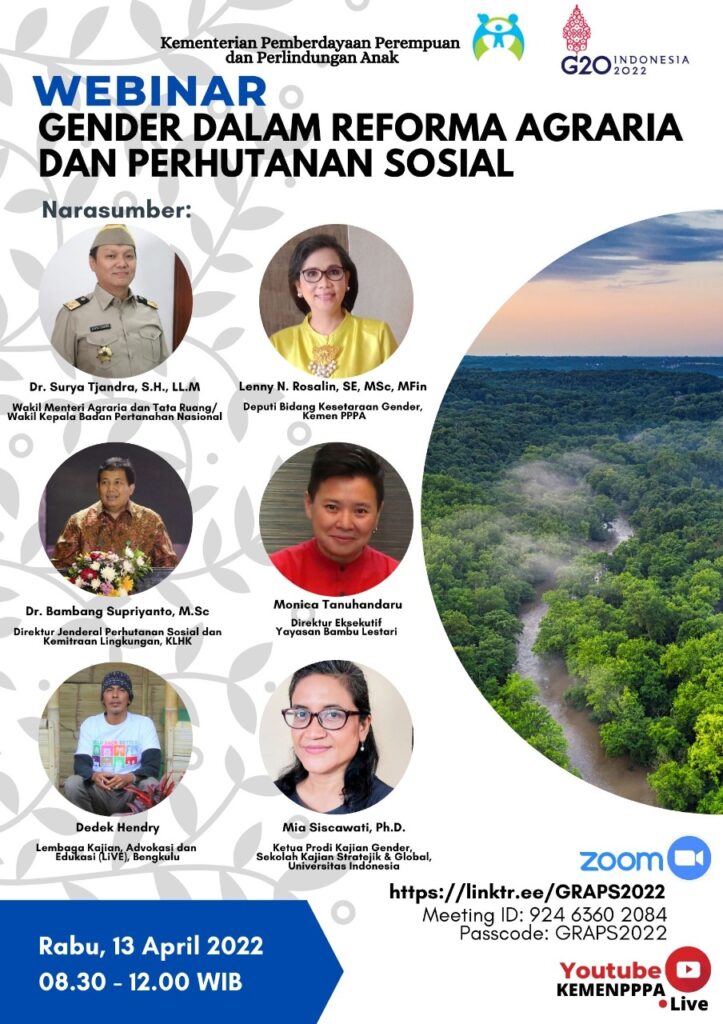 A webinar was held on 13 April 2022 to discuss strategies for integrating gender issues into agrarian reform and social forestry programs and policies.

Yayasan Bambu Lestari took part in this webinar and shared good practice and strategies for integrating gender issues into its activities in East Nusa Tenggara.

A total of 48.8 million Indonesians live in forest areas. 10.2 million of them live below the poverty line and depend on forest resources for their lives. Agrarian conflicts and land disputes are issues that are often experienced by people living in or around forest areas.

There are at least two triggers for the agrarian conflict: the lack of precise laws and policies governing agrarian issues, both related to views on land, land status and ownership, land rights, as well as methods for obtaining land rights; and inaction and injustice in the process of resolving land disputes, which ultimately lead to conflict.

The government seeks to narrow the inequality of land tenure and ownership through the agrarian reform program, a national priority program to develop Indonesia from the margins and improve the quality of life of the people. There are three forms of agrarian reform:  asset legalization, land redistribution, and social forestry.

Agrarian reform is also the answer to strengthening the space for land management by women. Their involvement and role in the form of a management space will greatly help improve the community’s economy.

Equal participation is a form of gender justice in the development process, including through social forestry by taking into account the experiences, needs, and barriers experienced by men and women. Therefore, gender integration in agrarian reform and social forestry should be able to ensure equal participation and rights between women and other community members by considering the important role of women in realizing sustainable forest management.

“This requires working together and synergizing efforts to create a women-friendly and child-friendly Indonesia. We ask for your support on how to accelerate the integration of gender issues into the context of agrarian reform and social forestry,” said the Deputy for Gender Equality at the Ministry of Women’s Empowerment and Child Protection (PPPA), Lenny N. Rosalin, S.E., M.Sc., M.Fin.

Gender mainstreaming has been reflected in the general policies and technical operational policies of social forestry within the Ministry of Environment and Forestry, so that a greater role for women in social forestry is made possible in the regulations.

“Until now, about 1 million households have access to social forestry and 141,000, or 13% of them, are women. We hope that in the future the number can increase to 30 to 40 percent.” said the Director-General of Social Forestry and Environmental Partnerships of the Ministry of Environment and Forestry, Dr. Ir. Bambang Supriyanto.

Suggested steps to achieve gender equality and social inclusion in agrarian reform and social forestry policies and programs include:
1. Critically examining the substance of a series of policies and programs and their implementation to find out the position in the GESI mainstreaming stage
2. The position in that stage of empowering women, vulnerable groups and marginal people
3. Overcoming various sources of barriers to the participation of women, vulnerable and marginalized groups so that empowering participation can be realized
4. Create the basis for building more equal power relations
5. Encourage equal decision-making (control) processes.

Gender Equality and Social Forestry: our experience with Mama Bambu in NTT

At the end of 2020 the Environmental Bamboo Foundation implemented a bamboo nursery program that places women at the center. These women pioneers are known as Mama Bambu ( Bamboo Mamas).

We started with something very simple: bamboo. At first, we wanted to share our experiences about how to grow bamboo. At that time, women who wanted to learn about bamboo or grow bamboo seedlings became our first partners. 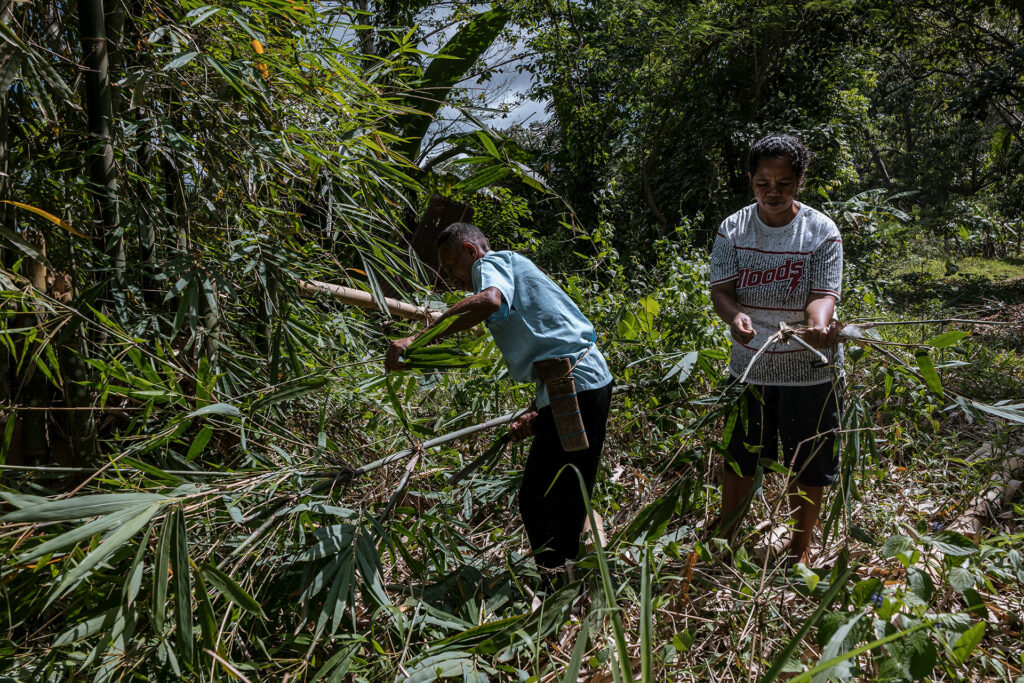 In 2021, 388 Mama Bambu managed to produce 2.5 million bamboo seedlings. This number of seedlings can be planted on an area of ​​72,000 hectares for both ecological purposes (restoration of critical land, conservation of water resources, prevention of landslides, carbon sequestration) and economic purposes (material resources for industry/bamboo crafts).

The success of this nursery program shows that women are able to take an active role at the forefront of environmental conservation efforts as well as participate in the adaptation and mitigation of climate change. Women must also be given a main role in the Social Forestry schemes.

The Mama Bambu experienced increased knowledge about environmental conservation, gained new skills in making bamboo seedlings and natural fiber polybags, and are able to use digital media to find and exchange information. We distributed smartphones and provided training on how to use them. 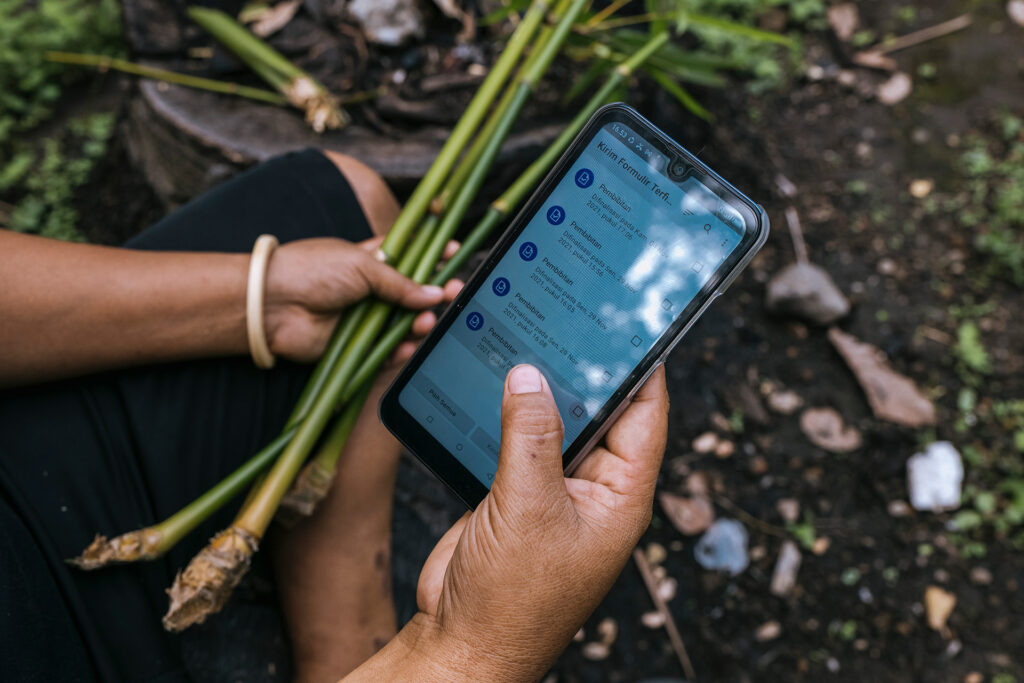 There was an increase in economic capacity and financial control among Mama Bambu, all of whom received an incentive of Rp.2500/seedling which is a source of additional income for families experiencing economic difficulties due to the COVID-19 Pandemic and Typhoon Seroja. We facilitated the creation of individual bank accounts for each Mama Bambu so that they have direct access and control over the incentives they receive. 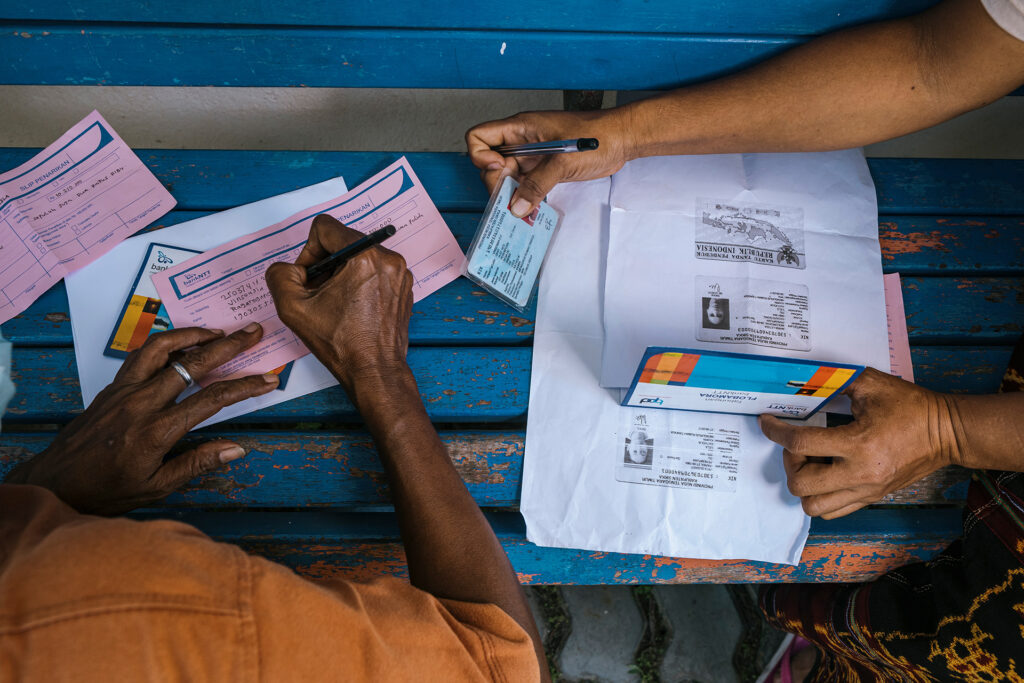 Increased knowledge and new sources of income gave each Mama Bambu the confidence to be actively involved in decision-making processes at the family and village levels. In various dialogues with government officials, including the District Head (Bupati) and Governor, each Mama Bambu was able to clearly describe what they had achieved.