2. GORo stands for gotong royong, a key principle of Indonesia’s Pancasila code and a universal value which should underpin international cooperation to bring about a healthier, more just and sustainable way of living.

2. The main material used is an icon of eco material with important economic and cultural functions. The low carbon future needs bamboo.

3. The Spedagi GORo Nusantara G20 bicycle is a real form of Green Mobility made possible by Sustainable Investment Partnership.

4. The climate crisis threat is leading to a resurgence in bicycling as an environmentally friendly lifestyle.

5. The Spedagi GORo Nusantara G20 bicycle has a larger rear wheel to represent the developed nations of the world as the drivers. The smaller front wheel represents the developing nations who should be given the opportunity to decide the direction taken.

The idea of ​​Spedagi GORo Nusantara was born from the creative mutual cooperation of the Environmental Bamboo Foundation and the Spedagi Movement, a form of cooperation that traveled from villages to cities, across provinces and seas, involving Bamboo Mamas in East Nusa Tenggara, artisans, environmental activists, and social movements in Java, and national bicycle industry stakeholders. 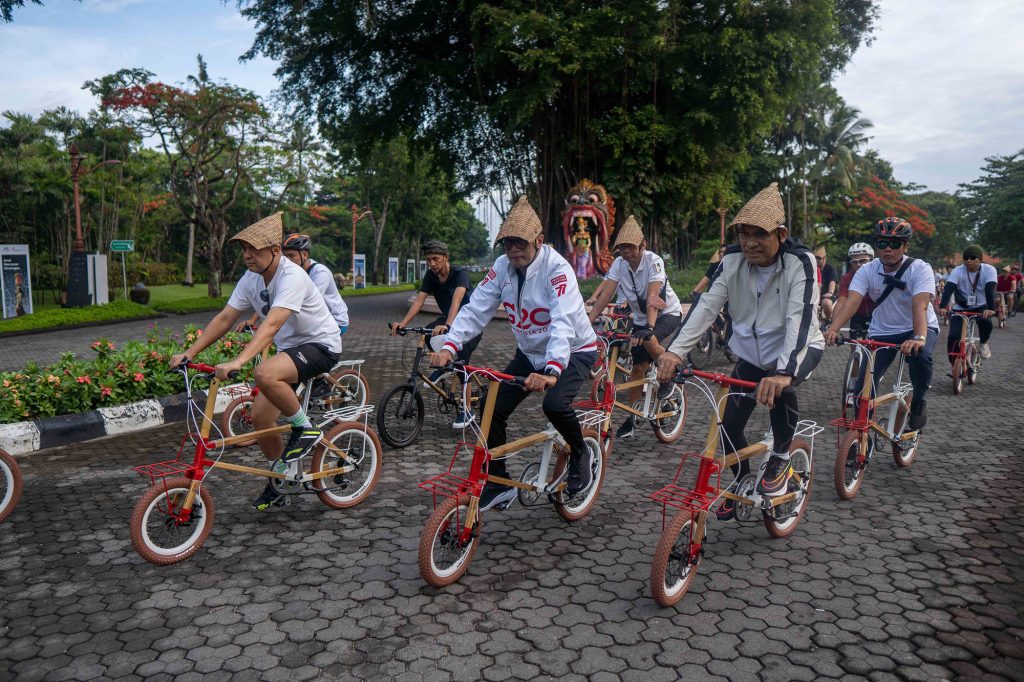 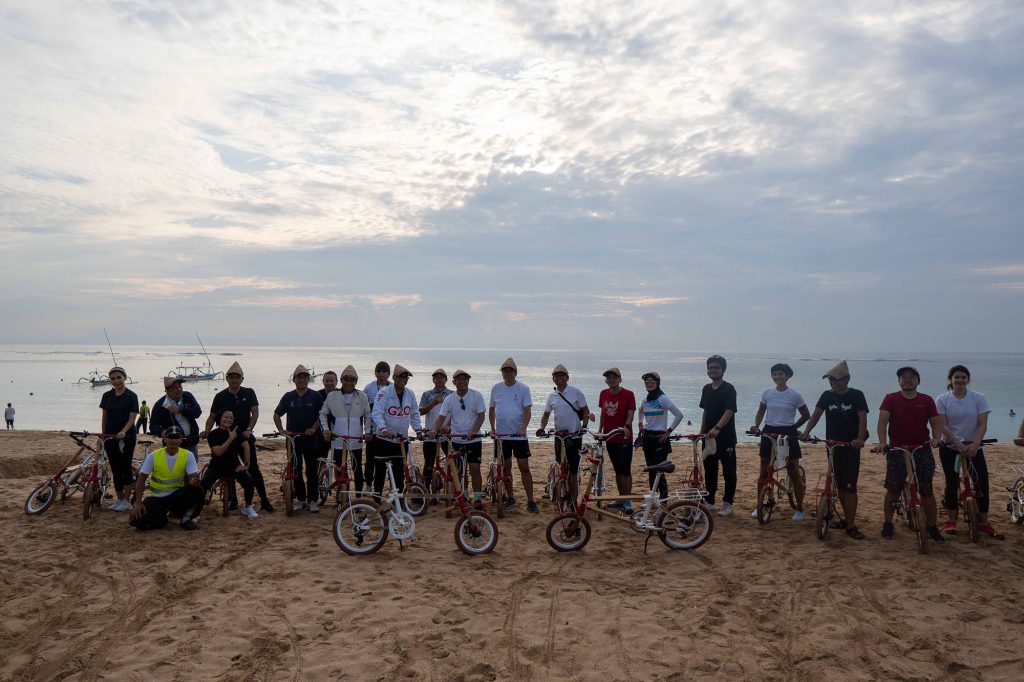 The bike represents so many principles and desires for the future of Indonesia: a revitalization of rural areas, gender equality, sustainable resource management, green mobility and the circular economy. “In designing each type of Spedagi bamboo bicycle, we always strive to provide quality bamboo bicycles at affordable prices to realize green mobility,” said Singgih S. Kartono, the initiator of the Spedagi movement.

Spedagi GORo Nusantara was created to foster a love for bamboo, and to represent the value of gotong royong in modern life. Moreover, because gotong royong is a universal value that exists in all nations in the world: working together without transactional considerations, but based on conscience and an attitude of helping and giving to each other in the public interest.

The Spedagi GoRo Nusantara G20 bamboo bicycle is a low carbon product created within the circular economy. This bicycle is specially equipped with a bamboo basket containing small and medium business products curated based on the principles of a circular economy, local wisdom, and village empowerment. 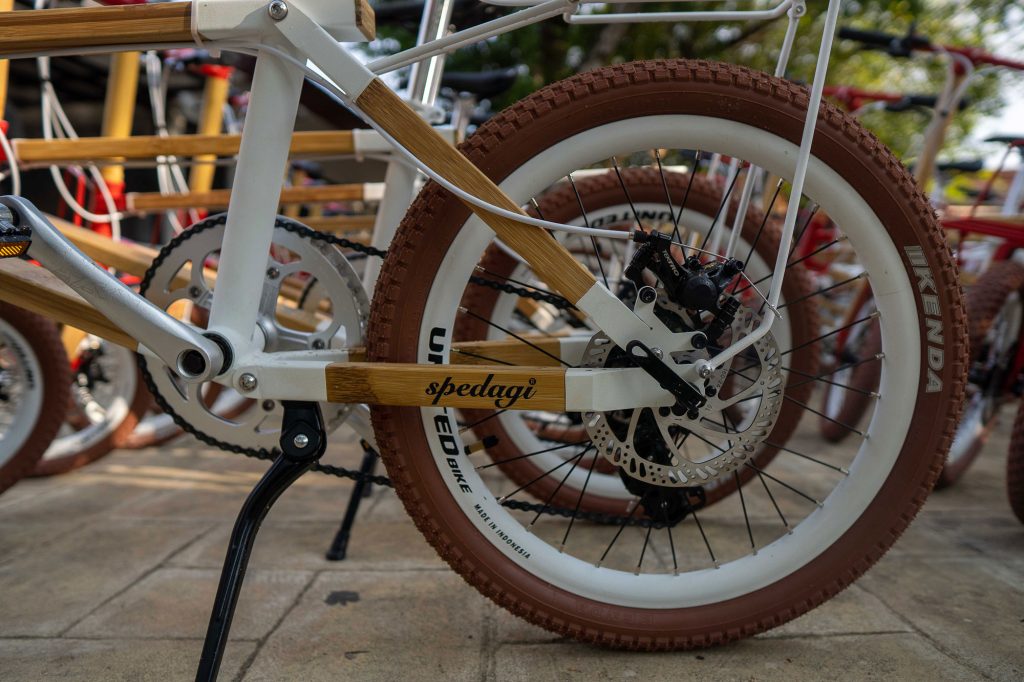 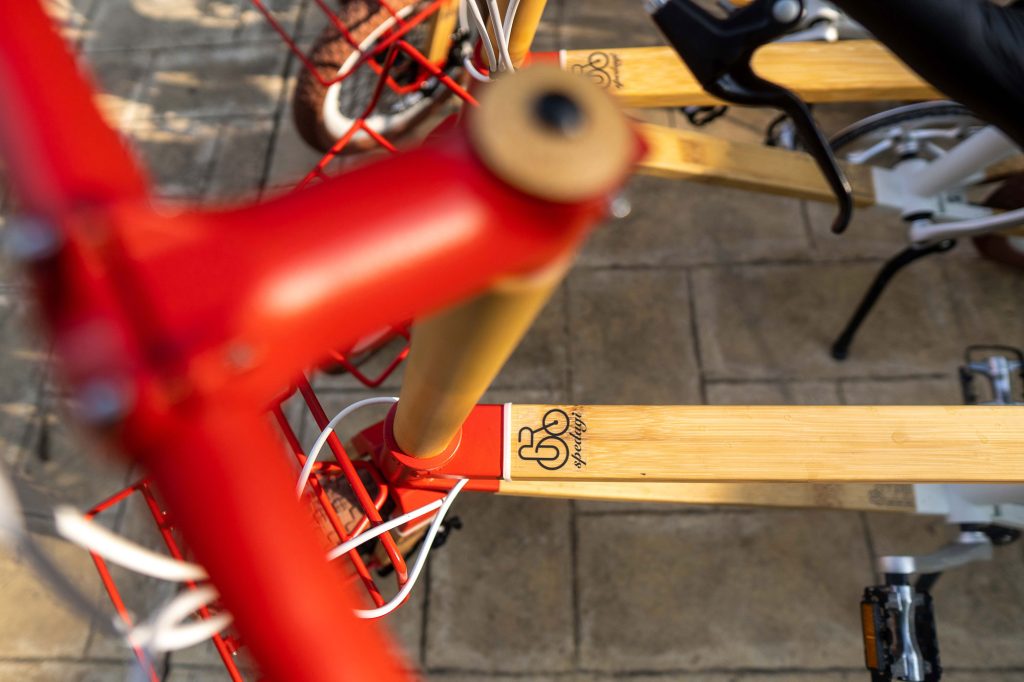 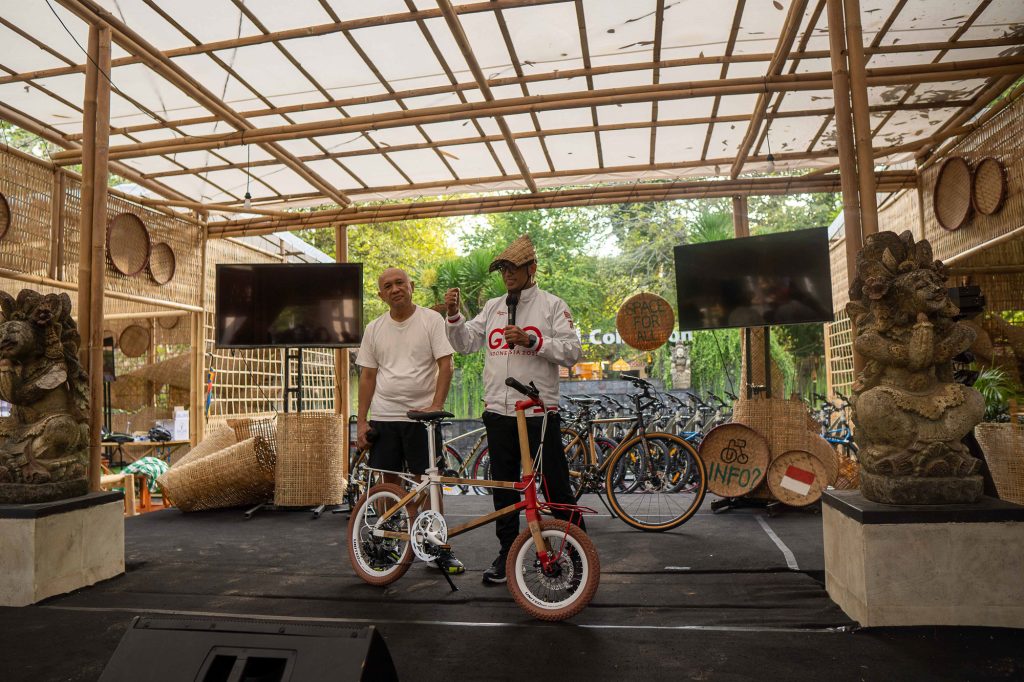 Currently, more than 1500 types of bamboo uses have been identified, ranging from construction and furniture, to textiles and energy. Bamboo use is historically and culturally ingrained in Indonesian life, especially in rural areas. Cultivating bamboo means village resilience, from an ecological, economic and socio-cultural perspective.

Spedagi’s bikes won the Gold Award for Good Design Japan 2018, completed a 1,200 kilometers route in the Paris-Brest-Paris event in 2019, and covered 3,700 kilometers from Sabang to Denpasar in the Journey from Zero event in 2022.

The production of Spedagi GORo Nusantara G20 is funded by green investment. With a new business model that is fair, inclusive and innovative, involving Bamboo Mamas, bamboo artisans, small, medium and large businesses, innovators and investors. This is the first step to provide quality bamboo bicycles at affordable prices. This bicycle is expected to be accessible to the wider community and contribute to the green economy. 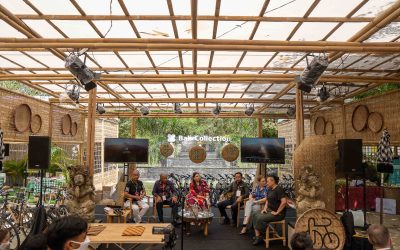 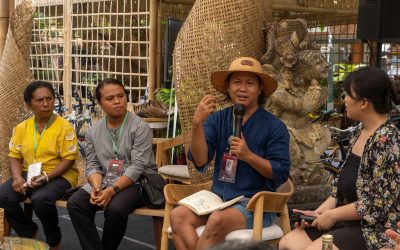 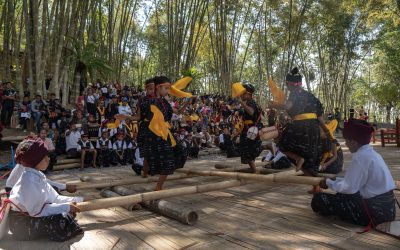 Inspired by the Spedagi Movement's Pasar Papringan, a traditional market held in a bamboo grove in...